Recently Federal Reserve cut interest rates by a quarter of a point (or 25 basis points), the first cut since 2008’s so-called Great Recession. The Fed’s interest-rate cut came as the result of concerns over a slowing economy. It will be felt by many Americans, especially homebuyers, but maybe not in the ways and as drastically as some expect. In addition, since rates were already historically low, the cut leaves the Fed little maneuvering room in the case of a recession or other economic stumble. So let’s see what, exactly, the Fed’s rate cut means for homebuyers in Baltimore.

In broad strokes, what the Fed’s rate cut means for homebuyers in Baltimore is only a slightly more favorable borrowing environment. It may, however, prove to be more beneficial for homebuyers using other types of financing than the traditional 30-year fixed-rate mortgage.

The Fed’s rate cut, according to experts, “is designed to stave off the threat of an economic downturn. But it’s unlikely to translate into additional mortgage savings for many buyers. With the interest rate for a 30-year loan already hovering below 4%, the Fed’s move may be more meaningful for buyers with other types of financing.” The reason for this is that 30-year fixed-rate mortgage rates “had already declined in anticipation of this latest move by the Fed.” But homebuyers with adjustable-rate mortgages will see more benefit.

And it can give you even more purchasing power in areas and neighborhoods where home prices are rising steeply. Contact your local agent at 4439284550 to find out more about this.

What, Exactly, the Fed’s Rate Cut Means for Homebuyers in Baltimore

There are three identifiable benefits the Fed’s rate cut will have for homebuyers in Baltimore. These are:

As a home buyer, you have to have money set aside for the down payment and closing costs and money in reserve for unexpected expenses like repairs and rising property taxes. And you will need to save that money in order to have it. The Fed’s rate cut may help you do that.

Because the Fed’s rate cut is a small one and comes on the heels of several increases over the past decade, trying to save isn’t as futile as it was when the Fed slashed interest rates to near zero. At the end of 2015, for example, the average certificate of deposit was yielding an annual return of around 0.25%. But now it is closer to 1%.

Further, the Fed’s rate cut means homebuyers in Baltimore should look into some of the reputable online savings accounts. Many of these pay yields of over 2% and some require only a very small minimum balance to open an account (VARO, for example).

Mortgage interest rates typically anticipate and then move in the expected direction of the Fed’s actions. The average interest rate for a 30-year mortgage was almost 5% not all that long ago but fell to just over 3%. “The slide was tied to expectations that the Fed was going to cut rates.” And it did indeed happen.

The expectation is that the Fed may cut rates again, Keep in mind, though, that mortgage interest rates will anticipate this and come down even before the Fed’s next move. So what the Fed’s rate cut means for homebuyers in Baltimore is that very soon they may see the best interest rates for buying a home affordably.

The Critical Time to Buy – Now and in the Near Future

So, all in all, the Fed’s rate cut means for homebuyers in Baltimore . . . good news. The news may not be as resoundingly good as we would like, but things are still shaping up for home buyers, especially those interested in an adjustable-rate mortgage and particularly just ahead of the expected cut this fall. To find out if the time is right for you to buy a home, consult your local agent.

Let us help you learn more about what the feds rate cut means for homebuyers in Baltimore! Reach out to us today! 4439284550 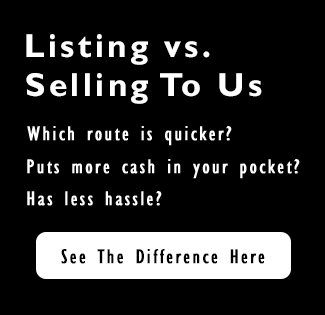 Cities We Buy Houses In

I am an out of state investor and had a few properties in the city that had recently become vacant and when I found out the condition they had been left in, I just didn’t have the time or energy to try to fix them and I didn’t want to list the properties and wanted a quick and simple solution. I put them on Craigslist and got a ton of interest but got a bunch of low, site unseen offers. I found Honest Home Buyers and filled out a form, got a call the same day, and within 48 hours was provided with an offer and was able to pay off my mortgages and put a few dollars in my pocket, but more importantly I got rid of the headache of having to fix up and re-rent or try to sell my units.

“…they made it as simple as possible…” 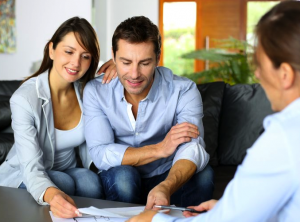 I needed to sell my home and when I called a local Realtor they told me what the value was and that I needed to do a Short Sale. I decided to explore other options and was repeatedly told that I didn’t have another choice than to do a short sale. When I spoke with Honest Home Buyers they told me they have professional negotiators that they work with and they would buy home  and assist with the short sale and make it as simple process as possible. For a complicated situation, they made it as simple as possible and ended up settling on my property within 60 days (the bank told me it could take over 90 due to being a short sale)

When I got a notice of foreclosure, I didn’t know what to do. I happened to stumble across the Honest Home Buyers site and made a quick call and got some info from them and told them my situation and setup an appointment to meet me. They explained the process of foreclosure and how they could help and I was surprised to learn what my options were. They worked with me, and my bank, and were ultimately were able to avoid my foreclosure.

Get Your Fair Cash Offer: Start Below!